With the coronavirus disease 2019 (COVID-19) pandemic showing no signs of abating, and some parts of the world displaying meteoric rises in the number of severe acute respiratory syndrome coronavirus 2 (SARS-CoV-2) infections, the need to achieve herd immunity is as urgent as ever. Though many spike-based vaccines have now been rolled out, their efficacy is threatened by the emergence of immune escape variants. Logistical constraints also hamper the production and use of the most effective vaccines.

A new study, released as a preprint on the bioRxiv* server, describes a synthetic peptide used as a platform to generate protective adaptive cellular immunity to the virus in rhesus macaques, which are the gold standard for preclinical testing in humans. 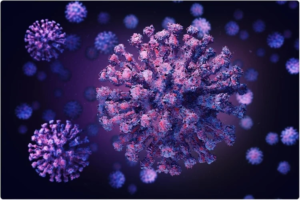 The scientists used synthetic vaccine peptide, within a biodegradable microsphere vehicle, along with adjuvants Toll-like receptor (TLR) 4 and 9 (to enhance immunogenicity). The peptide is based on antibody-binding sites that are known to induce an immune response.

The nucleoprotein (N) antigen was selected as the target of the T cells for the following reasons: SARS-CoV infection was associated with a memory T cell response sustained for two or more years after infection in survivors; the N protein sequence shows 90% homology between SARS-CoV and SARS-CoV-2, and for the selected epitopes only, 100% homology; there are much fewer mutations in this region that could lead to immune escape compared to the spike protein.

In fact, this region may be more essential to viral fitness, and therefore less susceptible to mutations.

The selected five epitopes recognize human leukocyte antigen (HLA) class I, and have been studied in either SARS-CoV or SARS-CoV-2. With the addition of a sixth peptide, these are expected to cover over 90% of HLA haplotypes globally.

Microspheres of Poly-L-lactide-co-glycolide (PLG), including the synthetic peptides and the TLR9 agonist, were generated to deliver the peptides intratracheally by spraying or by lymph node (LN) injection (the latter in two macaques only, as a first dose).

The animals were then challenged with the virus both mucosally and intratracheally. The presence of infection was assessed by clinical features, by measuring the viral load, and by reverse transcriptase-polymerase chain reaction (RT PCR).

Vaccinated animals had shorter and milder symptoms following viral challenge than the controls, including mild lethargy, fever and breathing difficulty.

Initial lymphopenia in all animals resolved by day 3 post-challenge in vaccinated animals but not controls. Blood monocyte counts increased in all animals from days 1 to 5, but continued to remain high in the vaccinated group.

Again, three of four controls continued to shed infectious virus by day 7 post-vaccination, but only one of four vaccinated animals. All in the latter group stopped shedding by day 10. Viral loads followed the same pattern, with a hundred-fold decrease in viral ribonucleic acid (RNA) in nasal swabs in vaccinated vs. control animals.

All swabs from all animals were negative for viral RNA by day 14.

All vaccinated animals showed largely normal chest X-rays throughout the period of the study, while controls showed mild-to-moderate anomalies characteristic of COVID-19.

What are the implications?

The findings of this study indicated that SARS-CoV-2 infection in vaccinated animals tended to be milder, with lower viral loads, faster recovery from lymphopenia, and no pneumonia. In other words, the vaccination was protective against disease due to the virus.

This was underlined by the gene expression profiles, showing effective adjuvanting of the immunogenic peptides by the TLR4 and TLR9 agonists. They also found evidence of increased expression of both Mamu MHC Class I and Class II genes in the bronchoalveolar lavage (BAL) cells, the latter being observed for the first time in vaccinated animals.

The low mutation rate of this protein, as well as the ease with which the peptide sequences of these HLA Class I restricted epitopes for CTL epitopes can be customized, are attractive features of this vaccine candidate. Further, it is suitable for delivery by aerosolization rather than injection, and can be stored at room temperature without loss of stability, indicating the need for further validation and development.